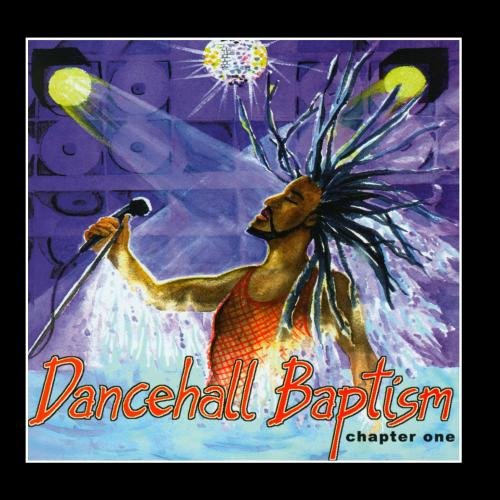 Avion Blackman's "I Love You Father" from her album "Onyinye" sweeps you off your feet... -- "i"The Phantom Tollbooth, 2005

"h3"From the Artist "p""Onyinye, (pronounced Owe-neen-yay), means Gift in Igbo, which is a Nigerian language. On this album I sing uncompromising lyrics about the greatest gift of all--Life eternal through Jesus Christ alone."ÂAvion Blackman "h3"About the Artist "p""Swimming with alligators sounds a lot more dangerous than it really is," says Avion, while twisting her dreads and describing her adventurous days as a tomboy living in a tropical rainforest with 17 brothers. "p"Born in the bustling city of San Fernando, Trinidad, Avion lived in luxury as a daughter of the famous calypsonian, Lord Shorty. As a young dreadlocked child, she was very outgoing and began singing on stage in front of large crowds at the tender age of four. That year, her life drastically changed when on a spiritual quest, her father transplanted his massive family to the jungle. "p"She spent the next twenty years of her life living seven rugged miles from the remote Indian village of Piparo in a log cabin with no doors or windows, plumbing or electricity and few groceries--but plenty of music. She was home schooled, and her family lived primarily off the land--growing virtually everything that they ate. Their days were filled with Bible studies, intense rehearsals, various tour dates and regular performances for visitors. "p"As a child in this modern day Robinson Crusoe-like family, Avion loved climbing trees, swinging from vines, fishing, and of course, swimming with alligators. "p"Avion learned the art of harmony while touring and singing chorus for her father, who took on the name Ras Shorty I after his conversion to Christianity. He was the inventor of Soca and Jamoo music. She learned how to play a number of instruments from many of her 24 brothers and sisters. "p"At the age of fourteen she began playing bass for their family band, "The Love Circle". Her first solo studio recordings were "Oh Why" and "So Free", for The Love Circle's Children of the Jamoo Journey release. Years later, she recorded the initial versions of "Sweet Love" (for their Homegrown album) and "Heaven Above" (for Lion of Zion's The Gathering project).

In 2003, she moved to Los Angeles, CA, married ChristafariÂs Mark Mohr and joined the band as the bassist and a vocalist of the group. She became well-known from touring with Christafari worldwide, and for her ethereal lead vocals on Christafari's "Hiding Place" and "My Sustenance" on the group's critically acclaimed Gravity release. All of the above set the stage perfectly for releasing her solo debut.

In January of 2005 the recording began for Blackman's first album Onyinye (pronounced 0we-neen-yay). Thirteen smashing songs were produced by Mark Mohr (alongside co-producers Solomon Jabby and Avion Blackman-Mohr). The music was performed by members of Christafari and an all-star cast of the best session players in Los Angeles (including live strings, acoustic guitar, Peruvian pan flute, horns, and even turntables). The album was recorded and mixed at Zionic Sounds Dub Lab and mastered at Lion and Fox Studios.

"p"On this heartwarming gospel release, Avion sings tender songs about her love for God and man. It was a family affair as Avion, her husband and other members of the family wrote the infectious tracks that make up this musical masterpiece. This is an intimate album that contains a blend of reggae, Ramp;B, jazz, jamoo, Indian and African rhythms. "p"In promotion of Onyinye, Avion and her band are currently traveling the world performing with Christafari, Solomon Jabby, and others on the Reggae Redemption Tour.

Avail your complimentary Times Prime membership for 1 year worth ₹999

Company has spent 1.7% of its operating revenues towards interest expenses and 16.9% towards employee cost in the year ending Mar 31, 2021. (Source: Consolidated Financials)

The hows and whys

Don't forget to report these incomes in your ITR
Is it time to rebalance your investment portfolio?
Can you afford to take that home loan? Check here
YMLHOME Faux Marble Round Side Table with Gold C Shaped Metal StUse inflation to bring down your tax
If you keep wondering how to spend, read this
Index, active, int MF: Which is best option?
How to adjust capital gains against losses in ITR
Stock pick: Bharat Forge to see strong growth
Difference between good and great market trader
Why balanced advantage MFs are all-season funds
Why this NCR area is a sought-after residential area
Wealth »
Wealth: Banks Holiday TodayITR last dateBank Holidays 2021ITR filing guidePPF interest rateEPF interest rateEPFOIncome Tax CalculatorPPFHow to file ITRIncome Tax SlabsTDSAadhaar cardPF Balance CheckEPF Scheme

Has Covid pushed India's auto sector to the point of no return?

View: Impact of climate change needs to be illustrated as potential risks & returns
View: It’s the spacetime to quantum for the search of fundamental particles
View: India needs to come up with newer and bolder solutions to save the telecom sector

Why India’s IPL and World T20 bound players cannot afford to test positive in England
Are we treating our international cricketers and sportspersons like gladiators?
ICC should immediately meet to discuss Afghan Cricket’s future
Next gen workplaces: has the pandemic offered us lessons?
Opinion »
OPINION
Pre-Sale Structuring Of Assets Makes Sense
For sale vs what is shown for sale
Show the Climate Change Money
BySuranjali Tandon
33,264,175
Confirmed
442,874
Deaths
224,627,653.0
Confirmed
4,630,391.0
Deaths

How companies can build a smart supply chain using an AI-powered CPG model
Opinion by Nischal Shetty, CEO WazirX: Blockchain is the worst choice for fraudsters
Health insurance to keep you covered through different stages of life